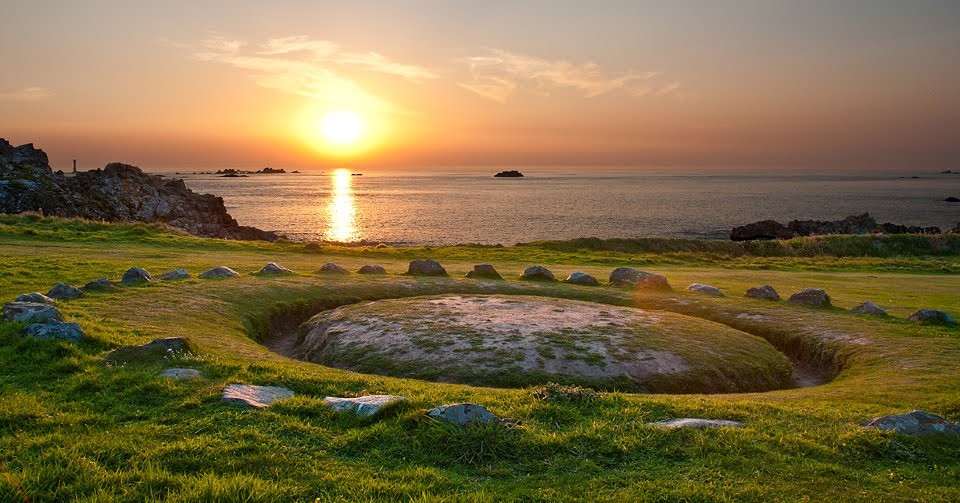 A lovely Guernsey girl headed out to tend the family’s cows one day a very, very long time ago. When she got in the meadow, she came upon a stranger who was sleeping in the tall grass. The man was small but incredibly attractive, and the girl fell in love with him right away. When he awoke, his gaze was drawn to the girl, and he, too, was charmed. He informed her that he had come from the realm of the fairies, far over the sea, and that he wanted to marry her. The girl said- Yes. He took her down to the beach, where a ship took them to the fairy land, where they lived happily ever after.

But the other fairies in the realm got envious of the Guernsey girl’s beauty and decided that they, too, want lovely Faries in Guernsey partners. So, it was decided that they would go to the island and look for spouses. A local guy out tending his cows on the island’s west shore one day witnessed a large army of fairy warriors emerge from the seaside cave now known as Les Creux des Faes. Thousands of the monsters invaded the Vazon wetlands and apprehended the scared guy.

They had come to take the Faries in Guernsey, as their wives, but agreed to free him so that he could inform the Guernsey men of their plans. When the men of the island learned of the fairies’ demands, they refused to give in to such a threat. They prepared their weapons and marched to confront the fairies. A fierce fight occurred, but the island’s warriors were no match for the otherworldly invaders.

They were forced back across the island to St. Peter Port’s western slopes. The islanders made one last desperate fight here, but the fairies prevailed. The blood of the dead covered the ground, and this image gave rise to the site’s name – La Rouge Rue, or the Red Road – which is still in use today.

Then married the island’s ladies and settled down for years of happiness and prosperity. It was not to last, as the magical control of the fairy kingdom eventually forced the fairies to return home, leaving their Guernsey wives behind. However, fairy blood had mixed with the islanders’, at the time, and many think this is why Guernsey inhabitants have always been tiny in size.