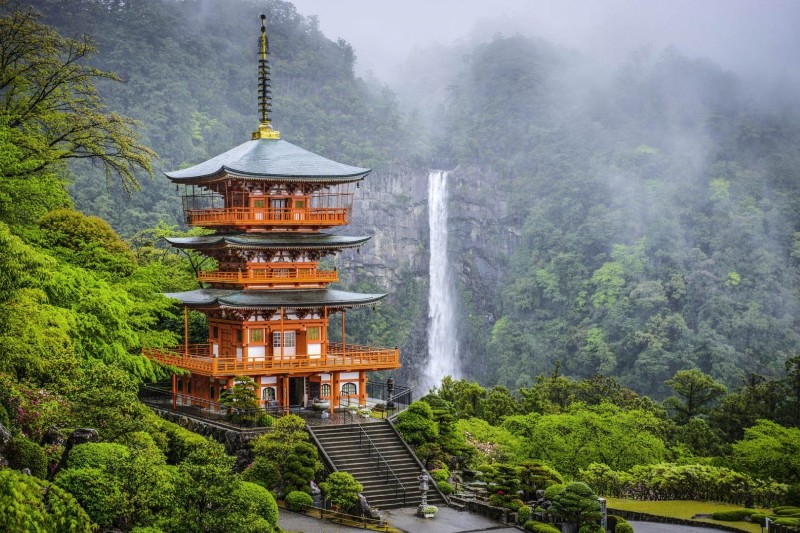 If you are planning your trip to Japan but are unsure about which places are really worth visiting, take a look at this list of the top 10 must-sees in Japan chosen by our expert trip advisors, based on traveler satisfaction. You must also think about the time of year you will visit to Japan. Ideally, spring and autumn in Japan are the two best seasons. Autumn has beautiful landscapes, perfect for picturesque memories, while the spring is famous for its cherry blossom. However, you can also visit Japan in the summer and winter season.

It is one of the biggest temples in Kyoto. Witness the breathtaking view with 1,001 golden statues of Kannon (the goddess of mercy).

This place is a popular spot for tourists to enjoy the night view of Tokyo with free entry.

It is a palatial complex with 82 wooden buildings. With an elegant white appearance, it is widely considered the most spectacular castle in Japan for its size, its imposing beauty and the preservation of its structure. The Himeji Castle is the first and only castle listed as a World Heritage Site by UNESCO.

It is the legacy of tragedy. Hiroshima’s memory must never fade. The Atomic Bomb Dome is one of the most important places in the world to pray, reflect and ask for peace. She has been visited by millions of people.

It is one of the most colorful and popular Buddhist temples in Tokyo. Visited by thousands of foreign tourists, it is the symbol of Asakusa, a district in Tokyo, Japan.

It is one of the most beloved shrines in Japan. Meiji Shrine is located in Harajuku and is the largest Shinto shrine in Tokyo, with a wide and long forest next to the main hall.

Todai-ji is one of Japan’s most famous and historically significant temples and a landmark of Nara. The temple was built in 752. It is home to the largest bronze statue of the Buddha in the world.

Built in 778, Kyomizudera Temple is one of Japan’s most historic sites and one of the country’s top tourist attractions.

Symbol of the historic city of Kyoto, the Golden Temple of Kyoto is one of the most beautiful structures in the history of the world.

The most visited sanctuary by foreign visitors, the Fushimi Inari won first place for 2 years in a row. The tunnel of red portals is worth seeing at least once in a lifetime.

How many of them have you visited? Are you planning to visit them soon? Japan has so many fascinating places that it is even unfair to list only 10 of them. With so many attractions and cultural diversity, choosing which cities in Japan to visit is not always an easy task. Its customs, peculiarities and traditions make the country one of the most interesting and surprising destinations on the planet.

In your opinion, which place was left out of this list?