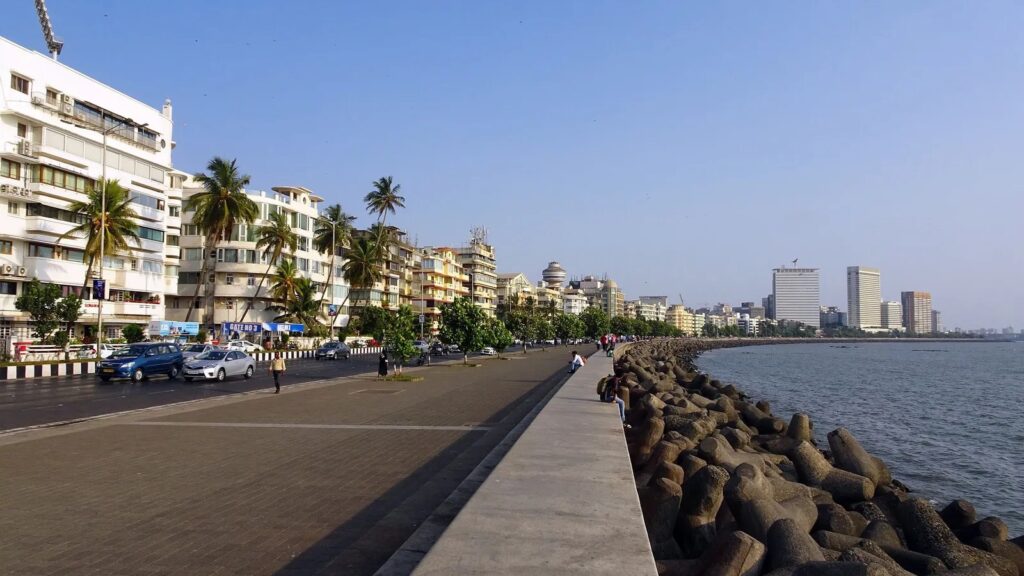 Mumbai is the largest city in India, and one of the most vibrant cities in the world. It is located on a peninsula known as Mumbai Harbour which juts out from the rest of India into the Arabian Sea. To its north lie ancient historic gardens, to its south towering skyscrapers. The city once bore responsibility for the entire world’s cotton trade, and its mills formed the backbone of industrial India. More recently, Mumbai has become a hub for finance, films, music and entertainment. For every traveller, there is a reason to visit this city. 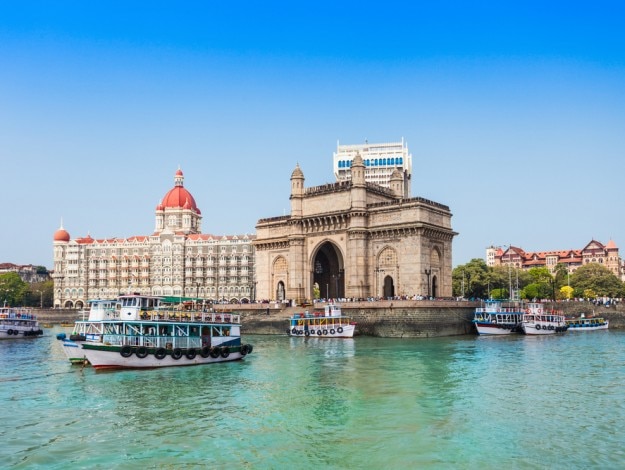 The literal meaning of Leopold Café is “King of the Cafe”. The menu is an assortment of vegetarian cuisine, French toast, Italian sandwiches and more.

This stadium is the home of Mumbai Cricket Club, and the headquarters of Cricket Association of Bengal (CAB). Built in 1975 by architect Charles Correa, it is a great place to be during cricket matches.

Built to commemorate the visit of King George V and Queen Mary in 1911. It was constructed by Mumbai Public Work Department (PWD) and built by Sir George Gilbert Scott, famous for building St. Pancreas station in London, designed here with Indian motifs reminiscent of the Taj Mahal. The Gateway of India is probably the most famous of the historical places in Mumbai.

This is an island in Mumbai Harbour and also a UNESCO World Heritage Site. The island itself has caves which were cut from basalt rock by Buddhist monks around the 5th century AD. A museum on the island displays some extravagant statuary, while the caves can be explored by boat.

Built in 1830, this garden was constructed to commemorate a visit from Charles Gordon, Lord James Lawrence (hence the name). It is a peaceful place to relax and admire nature, with winding paths through trees and basalt rock formations.

One of Mumbai’s biggest art galleries, the Jehangir Art Gallery offers a great collection of paintings by several well known artists. It also hosts live performances and film shows. While here you can also look out for other attractions nearby, such as Kala Ghoda (literally Black Horse) Square, Kala Ghoda Arts Festival and Fountain.

This museum in Mumbai is a must visit for those interested in history or architecture. The collections include paintings of the Marathas’ many battles as well as statues from Indian mythology. There are also many old weapons and other artefacts. The museum itself is worth a visit for its architecture alone. The inside is done in marble and sandstone while the outside features decorative elements reminiscent of Roman columns.

If you’re looking for some relaxation, this is the place to come. Chowpatty Beach is a beautiful white sand beach which is the perfect place to spend an afternoon. You can rent yourself a chair and umbrella from the locals or just spread out your towel on the sand to tan in the sun as you watch kids play with water balloons.

This huge market located in Fort is the place to come for fresh fruits, vegetables and meat. However, if you’re not into that kind of thing, there are also dozens of hardware stores carrying everything from tools to bathroom fittings at low prices.

Situated on an offshore island near Worli Sea Face, this monument is Mumbai’s most visited. There are several legends surrounding it, the most common being that a Muslim saint wished to marry a woman but he was denied permission by her father because she was under-age. When the father was out of town one day, he came to the girl and took her away on his horse. After the father learned of what had happened, he was infuriated and planned to kill the saint. However, just as he attempted to kill him, a strong wind blew and lifted both his sword and horse high into the sky. The girl then turned into stone while the saint prayed for her soul.