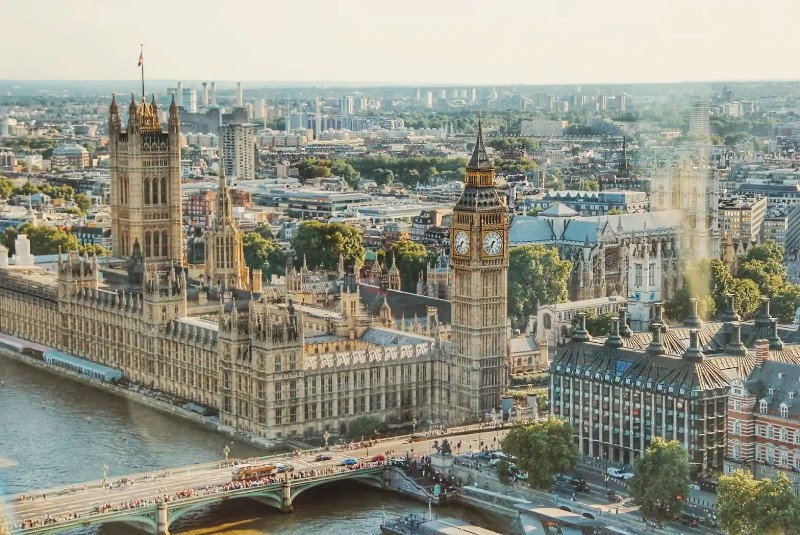 London is by far the most visited city in Europe, with over 27 million tourists each year. It should come as no surprise that London is the most popular tourist destination: it was built by the Romans and has thrived throughout the centuries, including now. Today, London is one of the world’s most cosmopolitan cities, with a rich history and one of the most amazing cultures.  Read about the sights of London below.

The Essentials of a London Visit

Buckingham Palace is the official residence of Queen Elizabeth II of England. Many historical events, as well as official ceremonies and banquets, take place here. Such as royal baptisms, the queen’s birthday, and state visits. You will be able to see the 19 exquisite official apartments during the guided tour. When the palace opens in the summer, there is also an exhibition on royal life that changes every year. The visit takes approximately four hours.

Westmister palace is a must-see attraction

Climb all the way to the top of the London Eye

In terms of a magnificent perspective of London, The London Eye, is an alternative to The View from the Shard. You’ll be 135 metres above the Thames, with a 360-degree panorama. It is still Europe’s largest Ferris wheel and London’s most visited attraction! If you want to save money, look on the side of the regular ticket. The tour lasts 30 minutes and allows you to appreciate the city from a variety of perspectives. A fantastic activity to do when in London.

The Tower of London (the Tower of London) is located on the north bank of the Thames, quite near to Tower Bridge. The site is a UNESCO World Heritage Site. The fortress’s foundations date back to 1066, and it served as a royal home, a prison, and a place of execution. It is now a museum dedicated to mediaeval history, and it is home to the famed Crown Jewels. The Tower’s highly attractive exteriors are certainly worth a look. It’s a fun family activity in London that’s sure to please the kids.

The Tower Bridge is easily identified from a distance due to its two massive Gothic-style towers and sky-blue framing. Another iconic London landmark, this bridge built over the Thames at the end of the nineteenth century was the world’s most sophisticated weighbridge at the time. Today, it permits thousands of automobiles and pedestrians to travel from the north to the south side every day. If you’re lucky, you might even see it break open to let the big boats pass. It is even more stunning at night, with all of its glittering lights.

Take a stroll or a cruise down the Thames

When the weather permits, it is very delightful to wander along the banks arranged along the Thames’s edge. There are several circuits to choose from, but it is recommended the walk from Southwark’s historic docks to Butler’s Wharf. Along the trip, you’ll see iconic monuments in London including the London Eye, the Tate Modern Museum, the Globe Theater, and the Millennium Bridge. Your path will lead you to the Tower of London and then to Tower Bridge. It is a perfect walk for a romantic or family afternoon in London.

Here are all the must-see places in London for me to enjoy a wonderful vacation with friends, family, or loves. You can load up on culture, interesting activities, and lovely walks with this list of attractions.